What are PVC and CPVC Pipes? 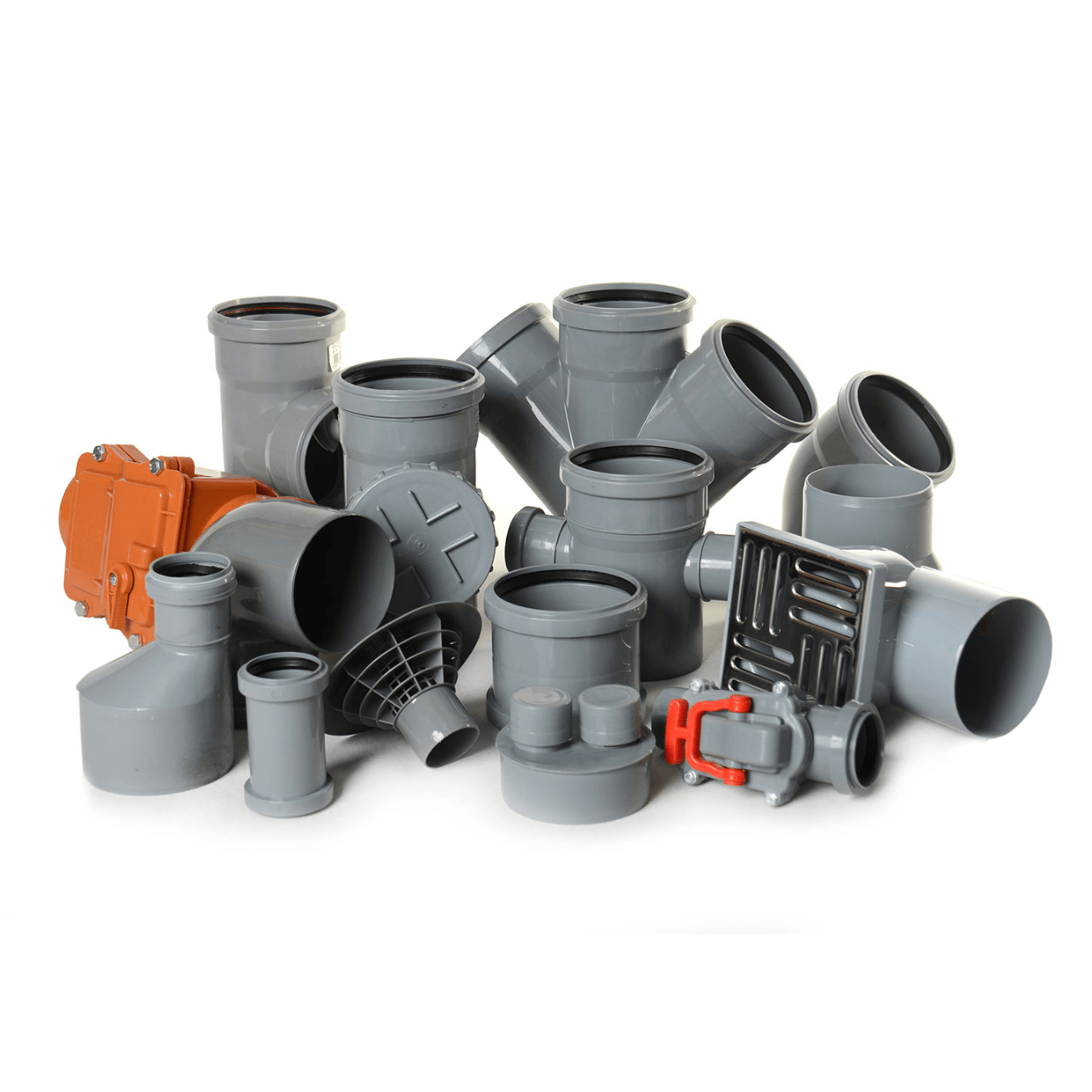 Developed in the 1930s, PVC (polyvinyl chloride) pipes have become the standard for municipal and industrial piping across the world. In the US, three-quarters of all houses utilize PVC. Since the 1950s, it has become a common replacement for metal pipes. PVC is made using one of three polymerization processes: suspension polymerization, emulsion polymerization, or bulk polymerization. The majority of PVC is made using suspension polymerization.It’s important to note that PVC pipes come in two forms: rigid and unplasticized. The rigid form is likely the first to come to mind–think potable water, plumbing, sewage, and agriculture. The unplasticized form is flexible, which is good for use in applications such as medical tubing and insulation for electrical wires.Some advantages of PVC pipe include its strength, high durability, low cost, easy installation, and resistance to rust and corrosion.

CPVC is essentially PVC that has been chlorinated. The chlorination process allows CPVC to withstand higher temperatures–up to 200°F–and improves its fire and corrosion resistance. Due to its high temperature resistance, most building codes require CPVC pipes for hot water applications, though it can be used for both hot and cold potable water. Additionally, CPVC is widely incorporated in the use of fire sprinkler systems. The list of CPVC advantages adds up. For one, its chemical and temperature resistance makes it incredibly durable and ensures a long lifespan. Due to its ability to withstand high temperature and its wide range of commercial and industrial applications, CPVC does come at a higher price point than PVC. 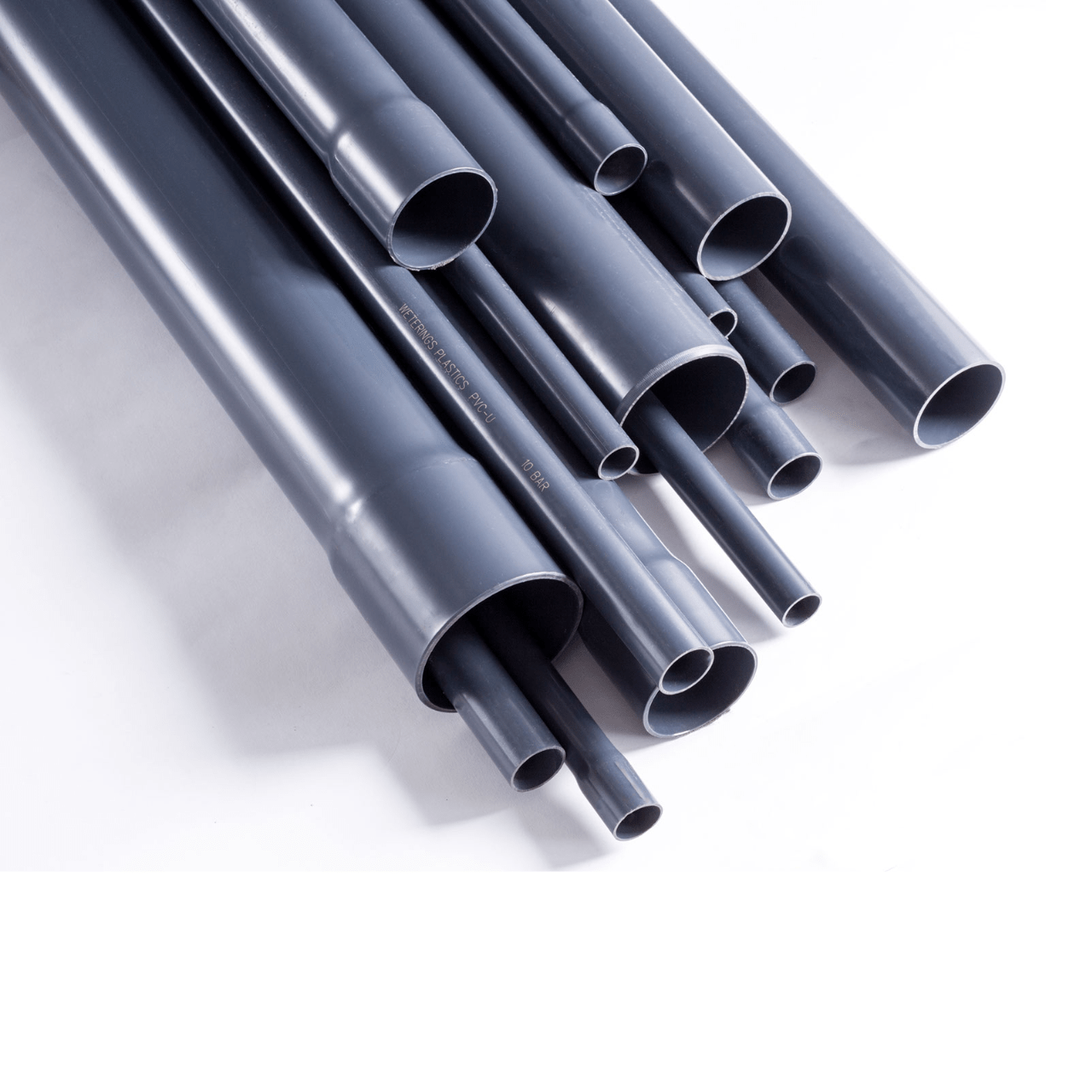 What are the differences between PVC and CPVC pipes?

The main difference between PVC and CPVC is their ability to withstand temperature. As mentioned before, CPVC pipe can withstand up to 200°F, whereas PVC pipe can only tolerate up to 140°F. If you go above those temperatures, both will begin to soften, which can cause the joints to weaken and the pipes to fail. As a result, many plumbers will recommend that you use CPVC for hot water lines and PVC for cold water lines. Although PVC has many advantages, CPVC has greater flexibility, and is available in both nominal pipe size (NPS) and copper tube size (CTS). In contrast, PVC is only available in the NPS system. Both pipes are available in 10 ft and 20 ft lengths. In terms of appearance, PVC pipes are white or dark gray in color, and CPVC pipes are usually off-white, light gray, or yellow. If there is ever any question, both will have their technical specifications printed on the side. Since the chemical composition varies between the two, solvent cements and bonding agents should not be used interchangeably.

What are the similarities between PVC and CPVC pipes?

When it comes to technical and physical similarities, both PVC and CPVC have an impressive list of advantages. For one, the properties of both pipes allow them to resist corrosion and degradation from chemicals. Secondly, both are safe to use with potable water when ANSI / NSF 61 certified. Both come in Schedule 40 and Schedule 80 thickness, and are available in plain end and bell end. Additionally, Schedule 40 PVS comes in Class 125 fittings. As an added bonus to their easy installation process, both are extremely impact-resistant and durable, allowing for a lifespan of fifty to seventy years. And unlike copper, the price of both PVC and CPVC pipes does not depend on market value.

Applications of PVC and CPVC pipes 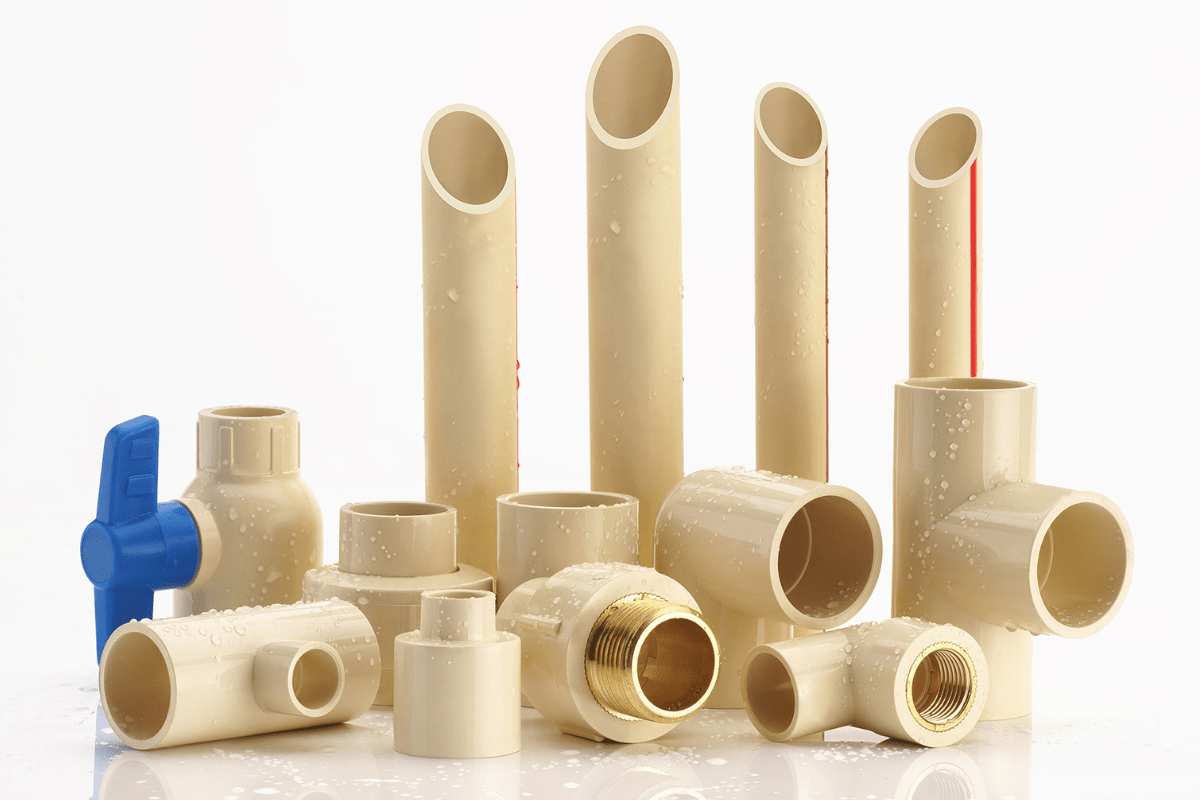 Fluid Handling is a popular application for PVC and CPVC due its ability to withstand high temperatures, CPVC is a better choice for in and around hot water heaters. PVC pipes, however, are commonly recommended for cold water lines. In addition to plumbing, water systems, drainage, and sewage infrastructure, both materials may be used for home irrigation and sprinklers, agriculture irrigation systems, home ventilation ducts, and HVAC, fume, exhaust, and ventilation ducts. You might be surprised to find that PVC and CPVC are a popular medium for DIY projects as well. In the garden, for example, the pipes make great frames for greenhouses and raised garden beds. They also work well for makeshift shaded areas and are used in many environmental applications. Whether they’re hiding in the walls, beneath the sink, or housing underground wires, PVC pipes and CPVC pipes are seemingly all around us, mapping out our infrastructure, commercial sites, farms, yards, and homes.